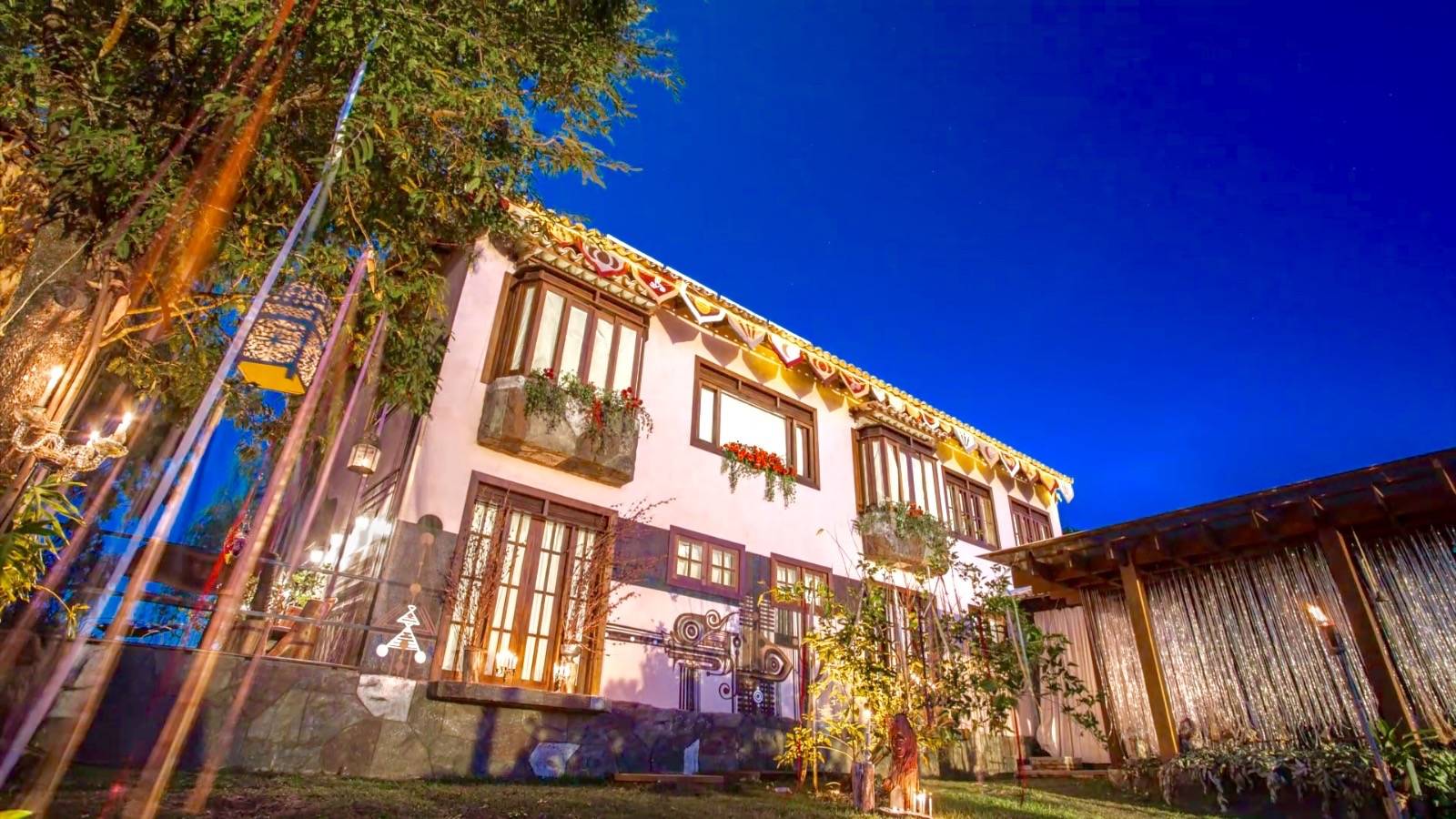 Active in the market for 18 years, Dharma Filmes is more than a company - we are a  brand in a constant quest for its essence and authenticity: telling meaningful stories that promote real transformation. With a look, focus and vision towards the future, we approach factual and global issues that go beyond the traditional mainstream, presenting works in innovative formats and disruptive languages involved in genres that range from fantastic realism to science fiction.

We are developing a portfolio of deep media projects with narratives embedded in mixed-reality storyworlds, presented in interactive multi-platforms with digital and analog experiences. Our uniqueness is the generation of a customised, scalable and exponential business model: from the creation of formats (Dharma STORIES); to intelligence, strategy and articulation (Dharma VISION); to the Transmedia and Mixed Realities composition - XR (Dharma EXPERIENCE); up to the Intellectual Properties (Dharma TRADEMARKS) - only then we reach the audiovisual production stage. This is our formula to unfold hybrid entertainment to the audience, involving them in our fictional universes and inviting them to live their own heroic journey, as a preparation to finally be part of a collective journey.

We are the founders of the Neo-Arcadian movement, which aims to unite technology and nature, thus stimulating both the Analytic Self and the Creative Self. We create projects that place audiences in direct protagonism, starting from Films and migrating to Cinematographic Experiences, in Online / Virtual Transmedia Platforms, up to Immersive In Loco / Presential Experiences, in Mixed Reality Arcades in the heart of Central Brazil.

PORTIFOLIO - Throughout our history, we specialise in the receptive of great foreign productions in Brazil, being the Brazilian partner of great productions such as the American reality show "Survivor Tocantins: The Brazilian Highlands"; and extreme expeditions such as "Return to Amazon" by Jean Michel Cousteau and "Tribes on the Edge" by Celine Cousteau; besides independent works for NatGeo, Discovery, ESPM, Channel 7, among others.

The company also has a strong biography of working for the collective through our social arm - Dharma Institute, a non-profit entity with a long history of projects and published books in partnership with the federal government and audiovisual institutions, that became a foundation of concepts and guided public policies for film commissions and film tourism actions, impacting the entire production chain of the creative economy.

Understanding our need for internal and external expansion, in 2011 we began a profound restructuring, leaving Brasília / DF (the capital of Brazil, our former location) and building a new production base, cinematographic studios and scenographic park at Villa Hy Brasil, an agroecological property of 50ha located in the heart of the Chapada dos Veadeiros/GO, one of the most beautiful and exotic ecotourism destinations in our country, with savanas and several other natural scenarios surrounding us.

Acting as a "hotspot film friendly" for creative and artistic events in the midst of nature, today we have an infrastructure capable of hosting up to 40 people; plus the “Magic House”, a building with 600m2 where all the creative energy beats; as well as space for the construction of scenographic cities with immersion in total security and privacy, optimising time and resources of our productions and partners.

After the external transformations, we began the internal transmutations to fulfil our true vocation: the transmedia franchises generated from audiovisual works that culminate in immersive experiences of extended reality (XR), with gamified techniques and geolocalized resources.

The year 2016 marked our return to the market with this new business model, launching the TV series "The Mystery School“, absolute success of public and acclaimed by the audience (www.aescoladosmistérios.com.br), financed by FSA-ANCINE-BRDE-EBC, filmed in 4K and screened on primetime at TV Brasil and other channels part of the "Brazil of All Screens" broadcast pool.

Re-assuming the profile of acting for the collective that permeates our DNA, we created "Film Chapada dos Veadeiros" program, an economic private fund to support the shootings in our local territory, which is set around the Chapada dos Veadeiros National Park- Biosphere Reserve and Natural World Heritage. Since then, we have hosted several feature and short films, music videoclips, sponsored local events and prizes in film festivals, enabling several creative immersions and artistic residences with producers, writers and directors, as well as a hackaton in international cooperation uniting producers, artists and creative entrepreneurs of transmedia projects, films and games.

In addition, we promote transmedia education programmes with a local educational institution -  Escola Vila Verde, considered one of the 200 most transformational schools in the world, entitled by the Ashoka Foundation - and created links with TV channels to raise awareness, mobilize and engage local tweens and youngsters in issues that impact our region in distinct audiovisual windows and formats.

PRINCIPLES - In Sanskrit, Dharma means purpose of life. We have a philosophical view that we all are an investment of the universe, receiving unique gifts and talents that must be placed at the service of Humanity. The media is a powerful channel that shape trends and create paradigms. We shall honor this strengh and force by acting with awareness and responsibility, spreading messages that have a positive impact on the world.

Our mission is to accomplish works that amplify individual horizons and expand collective consciousness, directing our infinite potential for the greater good. We act as a boutique of production that seeks to associate with networks, companies and brands in tune with this vibration, so that together we can add our energies and offer a frequency of images that generate emotions, words that enchant and messages that inspire people to be their best version in the world.